Tomintoul to Dingwall - the scenic route.

It rained heavily overnight, but by breakfast it had eased to an intermittent drizzle. 8 degrees - positively balmy after the previous 36 hours of wintery conditions. The snow from the previous day still covered the higher ground and peaks, despite the rain. The forecast for the weekend is looking good!
The direct route from Tomintoul to Dingwall is only about 55 miles. So given the improved weather I punched into my GPS a route that would take me back inland and south along the River Spey, passing Aviemore and Kingussie on a minor road parallel to the main highway. Then along Loch Laggan to Spean Bridge where you enter the so called Great Glen leading back north to Inverness along a series of lochs culminating in Loch Ness. This is also where the Caledonian Canal is to be found. A series of locks and canals using the lochs to create a navigable route from the south west to the north east. A marvel of early 19 century engineering.
Lots of bikes on the roads today, most heading for the west coast. This weekend is Bank Holiday weekend, so lots of people heading for the hills. Lunch at 'The Thistle Stop' coffee shop at Aberchalder near Invergarry. A most excellent Plowmans Lunch washed down with the best coffee yet found in Scotland.
Turning North West at Urquart Castle, at the village of Drumnadrochit  (Love these Scottish names!) you leave the main road to Inverness, and climb out of the Great Glen taking the road to Beauly.
As it was only 2:30 when I got to Beauley, with only a couple of miles to my BnB for the night, I decided the weather was to good to waste, had a look at the map and found the village of  Cromarty at the end of a fat peninsula called the 'Black Isle' that sticks out into the North Sea. The name rang a bell - (It is an outstanding example of a 18th/19th century burgh 'the jewel in the crown of Scottish Vernacular Architecture' - apparently! ) and it was a perfect distance to burn up the rest of the afternoon. The Cromarty Firth (bay) is also where Invergordon is located. An important port used by the north sea oil rigs. The ride out to Cromarty was via a fantastic series of very minor roads - just watch out for the tractors crossing and the greasy cow muck on blind corners - avoiding the more direct route. Great way to end the days riding.
And so back to Dingwall and my host for this evening. Ian 'The Ancient Mariner' - a retired merchant sailor, who's been everywhere, seen everything and likes nothing better than to entertain an endless procession of foreign tourists who come and stay with him in his modest cottage overlooking the Cromarty Firth.
After a quick hello and cup of tea, I walk down the hill into Dingwall and the Mallard Pub for a pint and fish pie. Yum.
30 minute walk back up the hill and a final chat and nightcap with Ian then to blog to sleep to dream of ever winding roads that undulate through snow capped forest clad mountains that rise above shining lochs. Ah Scotland! 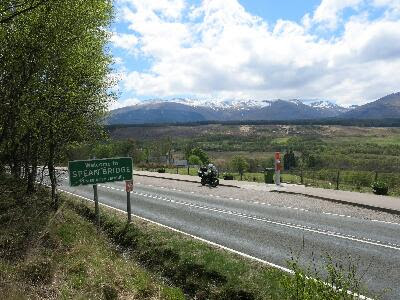 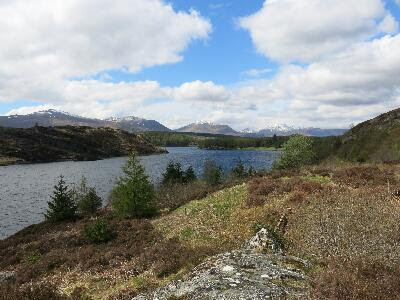 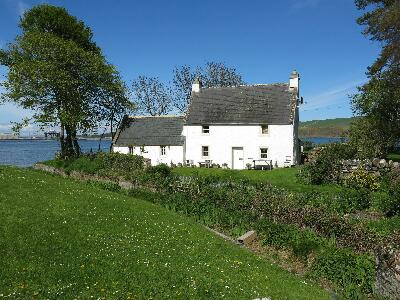 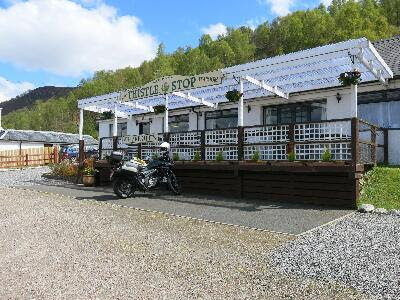 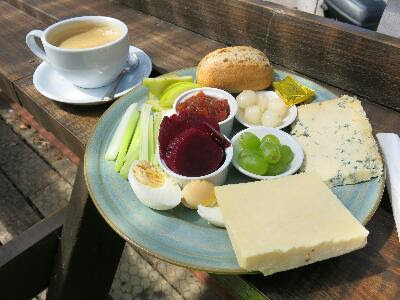 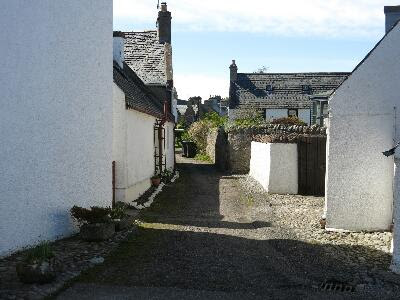 Posted by DrParnassus at 7:16 AM