After breakfast Celeste and I set off to find the Ambassador Hotel. Just up the road from where we're staying. The Ambassador Hotel is reputed to offer excellent massages. Easy to locate on the map, but much harder on the ground. What the map showed as a street, turned out to be a narrow walkway, and we spent about half an hour searching before a local pointed us in the right direction.

With pricing and availability safely recorded for future reference, we set off to find the Suleymaniye Mosque. NW of the Grand Bazaar, beyond Istanbul University.

A beautiful building, less frequented by tourists, with a wonderfully simple interior. Also a great outlook down towards Galata Bridge and across the Golden Horn to Beyoglu the so-called new city.

An easy walk downhill ending up at the Spice Bazaar across the road from the Eminonu Ferry and Tram terminus. We did not linger in the Spice Bazaar as we are scheduled to visit there as part of our prearranged 'Taste Tour' in 2 days time. Also we wanted to get back to the hotel to meet the Heywards - due in from Islamabad.

So back on the tram up the hill to Sultanahmet square and the short stroll to our hotel. The Tram was fairly crowded and we had noticed that the number of people out and about was much greater than the past 2 days. Being Saturday, it would appear the locals were out in force.

The Heywards were already checked in, and ready to rumble. Having just left Islamabad, they were keen to get out on the water, so we agreed on a ferry trip across the strait to the Asian shore.

Unfortunately we were foiled by a sea mist, that was playing havoc with the ferry timetable, so a quick plan B was formulated and we headed across the Galata Bridge, with the Galata Tower our new destination. This also allowed us to take the underground cable car up the hill in Beyoglu. Another treat. The cable car terminated higher up the hill than the Galata Tower. After pausing for a drink, we started back down the hill, passing a large number of shops specialising in musical instruments. It would appear that in Istanbul, shops selling the same sort of products are often found in the same area. Today - apart from the musical instrument shops, we came across areas that specialised in lighting, hardware, and ship chandlers.

While we were in the area around the Galata Tower, Celeste and I took the opportunity to check out where the apartment was that we have arranged to rent for a couple of days when we return to Istanbul. Looks like a great location.

Back across the Galata Bridge to the old city, coffee in the square next to the 'New' mosque and Spice Bazaar. (Only in Istanbul can they get away with calling a 400 year old building 'New').

Up the hill once more to Sultanahmet square, found a quiet spot for a sundowner drink and snack (one of the local spots for smoking hookahs or what the locals call ' Nargile ') before searching out somewhere close to the hotel for dinner. Found a great little restaurant, with good food, and cold beer. An excellent end to an exhausting day.

More of the same tomorrow. 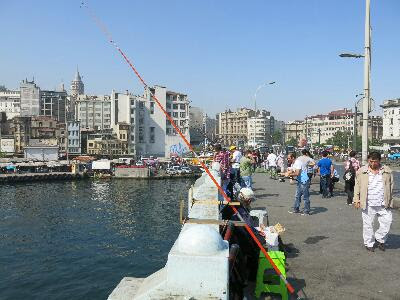 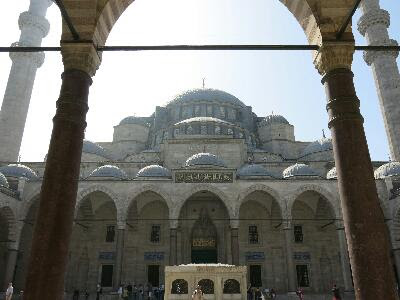 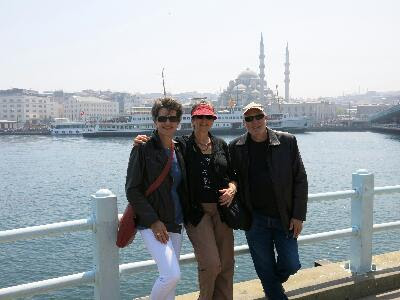 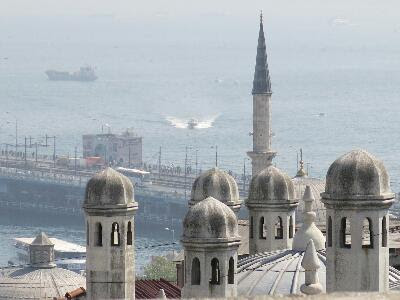 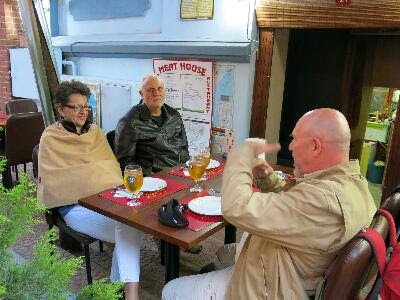 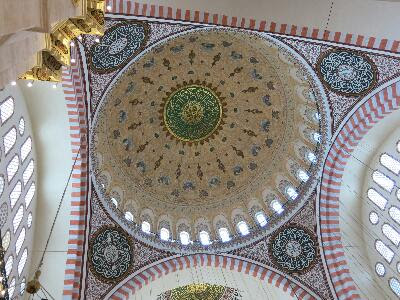 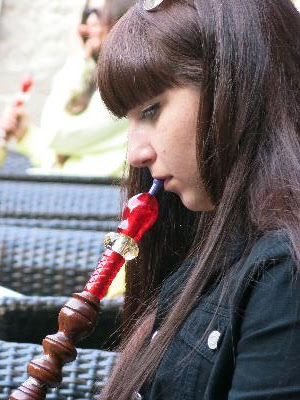 Posted by DrParnassus at 5:41 AM