A 3 hour drive inland from Kusadasi and Ephesus brings us to Pamukkale and another World Heritage site.

Our tour is scheduled for the afternoon - after we've had lunch. However we have 45 minutes to spare - just enough time (according to our guide) to visit the local onyx factory, where they carve travertine into all sorts of astonishing shapes - mostly of the kitsch variety. 'No obligation!' Says our guide. We once again look, admire but resist temptation. (Mind you the jade green replica of an old fashioned telephone complete with recycled digital dialing pad was VERY tempting!) On the way in we had been handed tickets with numbers for a lucky door prize, drawn by our guide as we left - I ended up winning a small carved egg - lucky me!

A very good buffet lunch at a huge two storey restaurant that could easily hold a couple of hundred clients. When I asked the guide why it was so big he replied: 'The Russians will be coming.'

So - on to Hierapolis and its astonishing Travertine terraces and pools. A remarkable and unique combination of geology and mineral springs has resulted in a spectacular series of terraces and pools created over the millennia as the calcium carbonate rich water has flowed down the hillside.

The ancient city of Hierapolis was founded around 190 BC, and the local 'waters' became famous across the ancient world for their curative and youth restoring powers. The mineral waters were carefully channelled into pools and baths. The central sacred pool was reputedly used by Cleopatra who spent 7 months enjoying its magical powers. Today rich fat Russians arrive by the bus load and wallow in the water in a futile attempt to lose weight and years. Naturally the only thing they lose is money - as there is a hefty fee for entering sacred pool of Cleopatra. UNESCO has a policy of raising the fee each year in a vain effort to deter people.

The ruins of Hierapolis are the typical Greco Roman amalgam with the easily carved local limestone, travertine and marble in plentiful supply. The city prospered under the Romans and Byzantines. Surviving until the mid 1300's when it was destroyed by a series of earthquakes.

Despite the presence of a copious supply of fat pink Russians, today was fairly tourist free and we were able to wander around by ourselves in relative isolation and enjoy the approaching thunderstorm as it passed by revealing snow capped mountains in the distance, while in front of us, the turquoise blue pools stepped down the hillside to the lush green valley below. Enchantment plus.

Thus ended this part of our holiday. The last organised tour for a week. Tomorrow we head south to the Mediterranean coast and about 6 days to ourselves as we take in Rhodes and Kas. Tonight we avail ourselves of the famous hospitality of Mehmet and Ummu in their internationally renowned guest house. Lucky us! 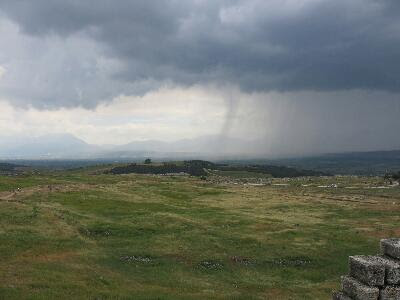 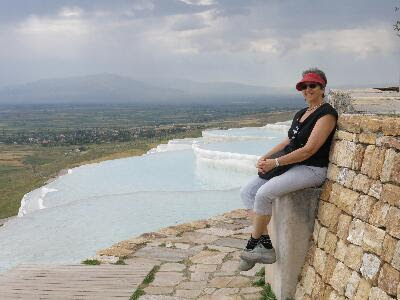 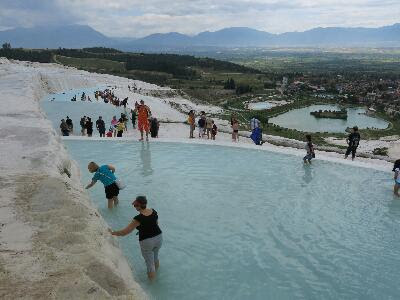 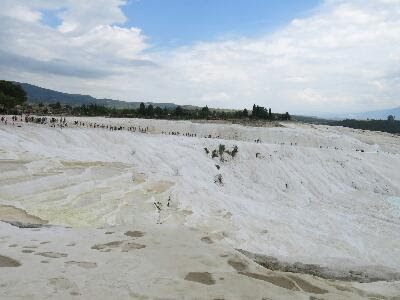 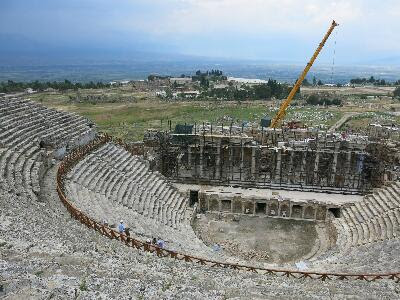 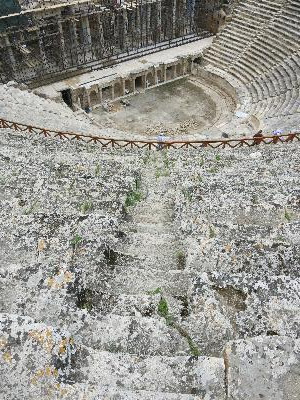 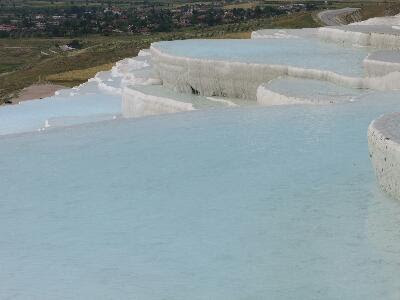 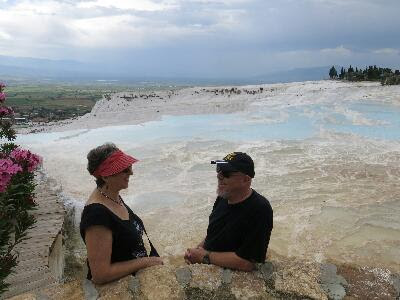 Posted by DrParnassus at 1:25 AM