A day of R and R.
A combination of a late arrival, late dinner, a late (in my case) Turkish coffee plus a smallish bed made for a restless night. So today we took it easy. Late slow breakfast on the rooftop terrace overlooking a peaceful Kas bay was a good start.
Followed by a slow stroll through the old part of town round the harbour. We watched as a couple of tourist 'Gulet' boats came in and tied up to the quay. One large boat in particular managing to squeeze in sternwards between another Gulet and a large German flagged yacht, disgorging a dozen or so Americans for a couple of hours shopping/sightseeing/eating.
Lots of jewellers shops - Celeste managed to find some 'traditionally' designed earrings.
Then on round the town to a 'beach' for a swim. A 'beach' in this area is - if you're lucky - a platform/deck over the rocks with a handy ladder into the water. Sandy beaches are few and far between.
The water was cool and refreshing and crystal clear. We took advantage of the deck/ladder of one of the beach side hotels that included towels and lounges/beds plus food and drink on tap.
After a leisurely swim and drink, a slow walk back through town, pausing for free cake being handed out by the locals as it was an Islamic holiday. Coffee in a cafe, and picked up a honeydew melon from a corner shop. Back to our hotel and a lazy afternoon on the rooftop terrace. Tea, cards, reading, drinks and finally dinner. Hotel was crowded, lots of guests enjoying this special hotel. The owners had friends visiting and the atmosphere over dinner was more like a large gathering of friends and family than a commercial setting.Early to bed tonight as we have an early start. 6am departure to drive back along the coast to catch a plane to Cappadocia via Istanbul. 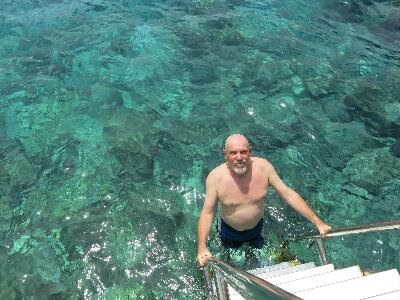 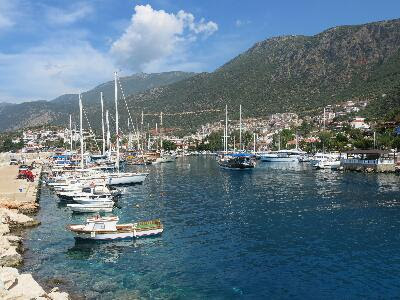 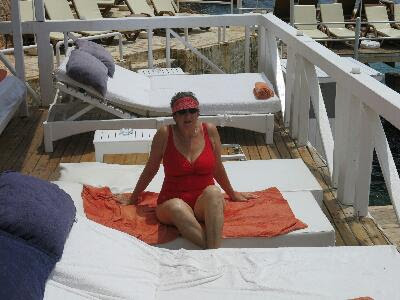 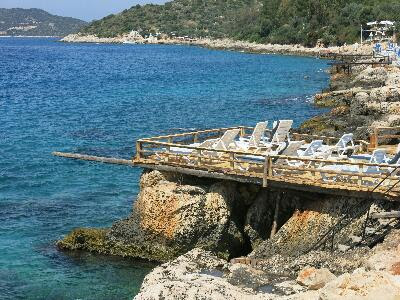 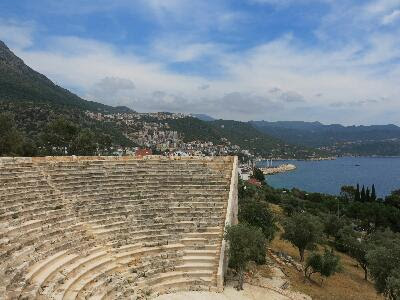 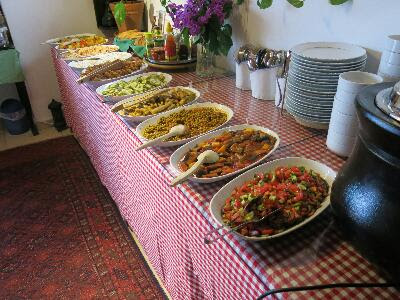 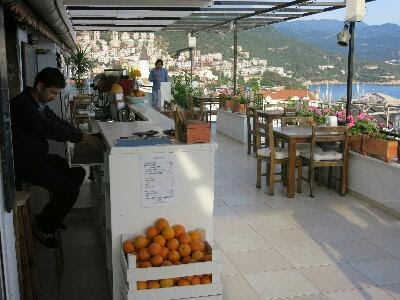 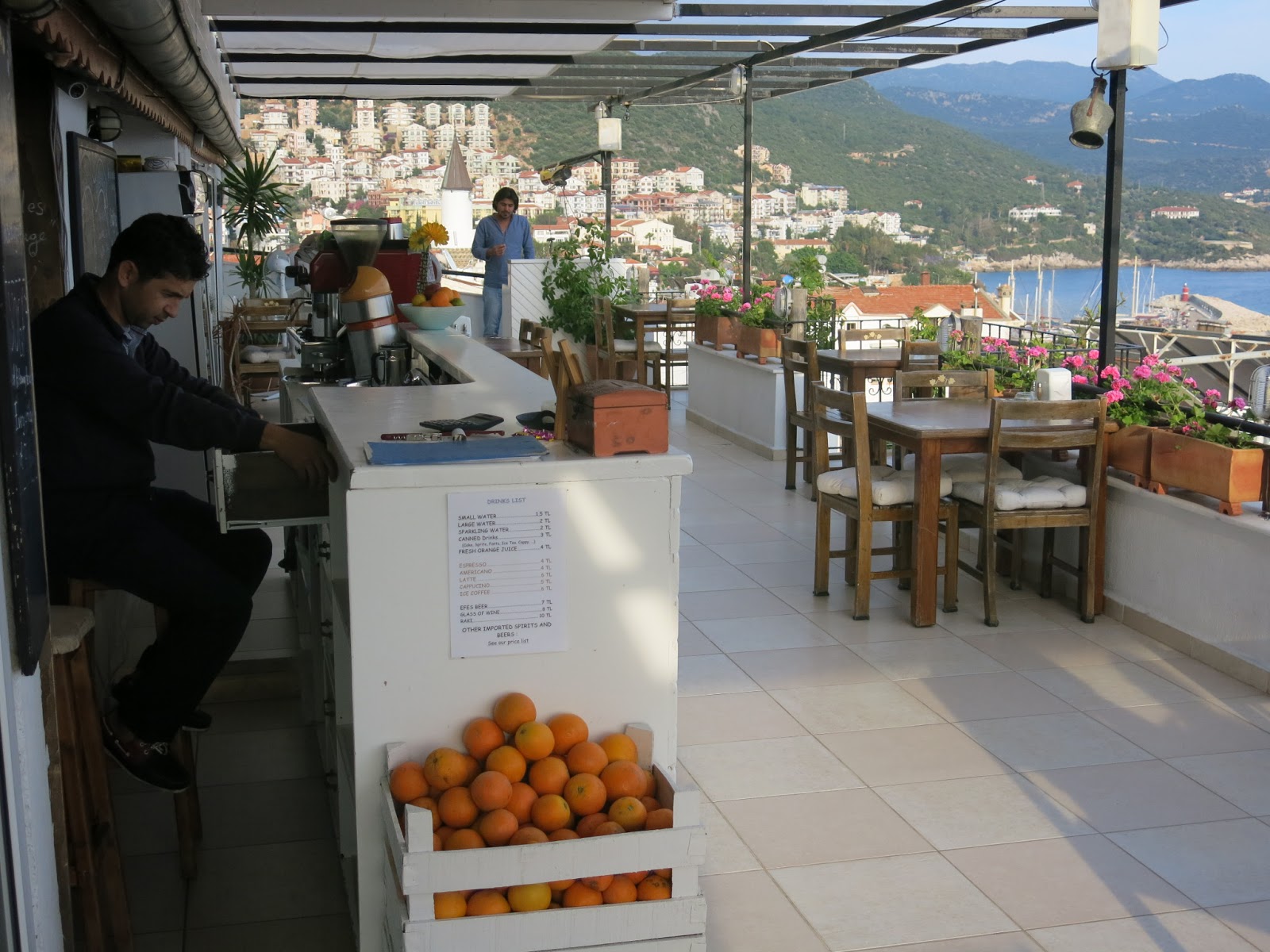 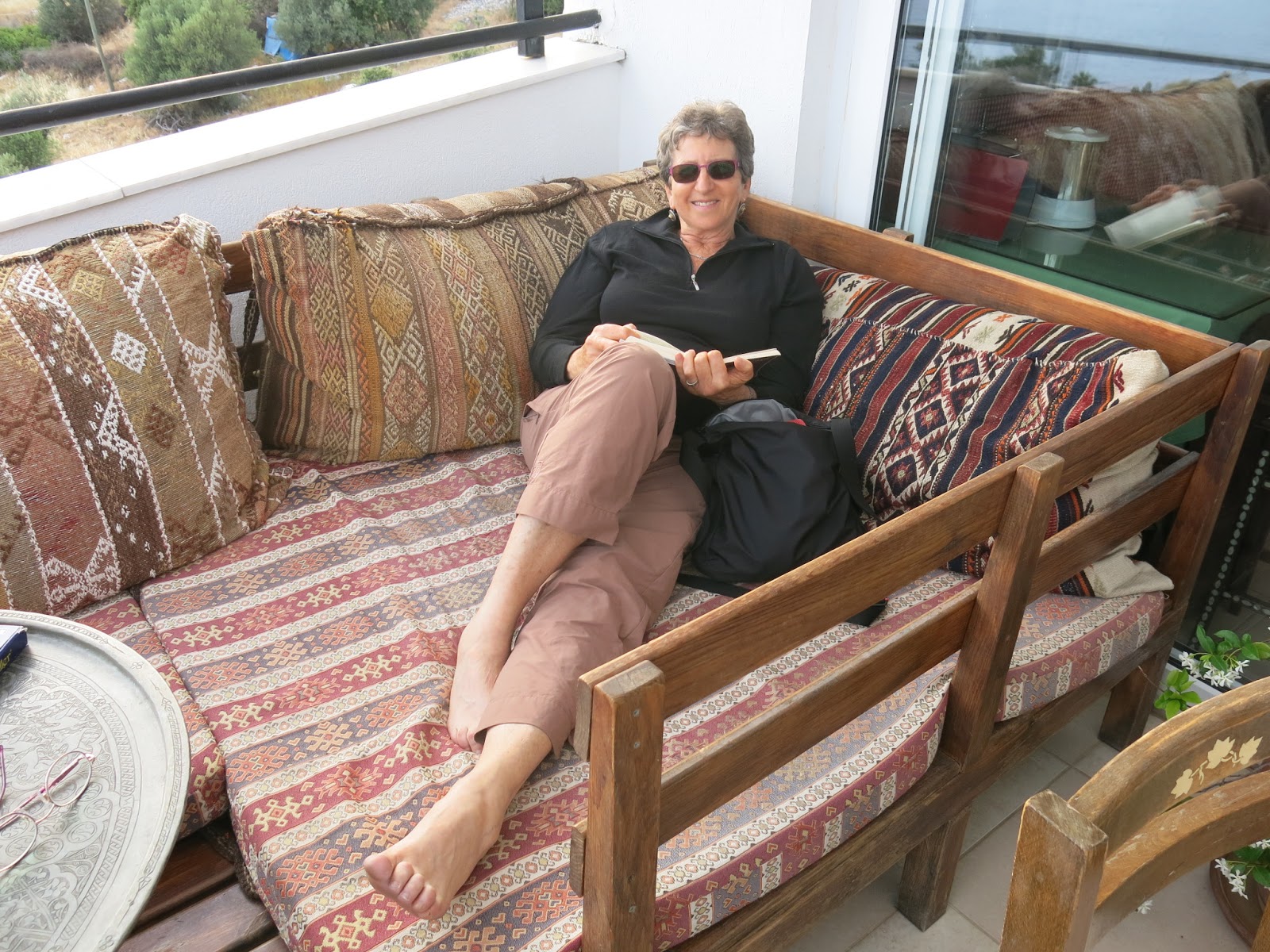 Posted by DrParnassus at 4:35 AM