Another day another country. Last night in Istanbul we had our worst hotel yet. We picked it because we wanted something close to the airport for our early departure times. Another 5am pickup. We asked the hotel for a 4:45 wake up call. They rang at 3:00am! Woops.

Celeste's flight to Belgrade left an hour before my flight to Edinburgh.
Flights on time and up to the usual Turkish Air standard. Managed an exit seat so plenty of room.

Cloudy when we landed, but I did get a good view of the Firth of Forth and both bridges. Countryside lush and green. It's been a wet spring so far.

Picked up at Edinburgh Airport by Dave from Cupar Motorcycles.
Had the bike (VStrom 650 - Marco will approve!) packed and was at my Cupar lodgings by 3pm.

Discovered that we had forgotten to transfer some documents, a book and a couple of CD's from my bag to Celeste's before we parted ways. Stuff she wanted to take to Israel. So off to the post office and 17 pounds + a padded bag later they were on their way to Jerusalem.

Also just discovered my adaptor plug for the UK DOES NOT WORK. So will have find one in Cupar tomorrow before I leave. 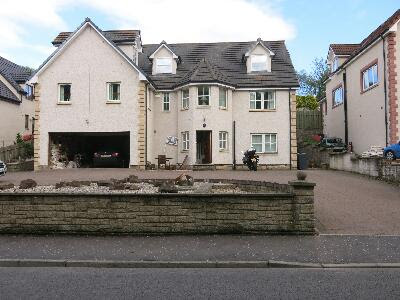 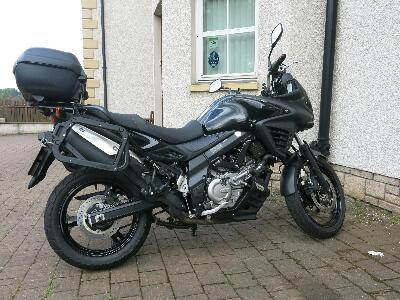 Posted by DrParnassus at 3:11 AM