Hardly ever rains at Rhodes.... Celeste

Famous last words! 50 rainy days a year & today was one of them.
After stunning breakfast served by our Italian hosts in the leafy courtyard, we set off to the laundry down the road.
Sky was getting dark with thunder rumbling. Headed off to the Jewish quarter, and sheltered from the ensuing storm in the oldest synagogue in Greece, the Kahal Shalom, also the only remaining synagogue on Rhodes, built in 1577. At its height the Jewish community numbered about 4000. Only about 150 survived after 1944 when most were sent to Auschwitz. About 30 Jews remain on Rhodes today. Very good museum, with interesting information on the relationships between the Jews, Muslims & Turks, including how the local Imam hid the Torah scrolls when the Germans took over. And how the Turkish ambassador saved a number of Jews from being shipped off to Auschwitz because of their Turkish ancestry.
We then took a very slow ramble around the old town, the harbour and new market place, & a light lunch. Finally the sun came out, & we could dry out somewhat sodden shoes.
Later, used bicycles from hotel to explore the beach esplanade with all the modern hotels in the new town - not particularly attractive.

Sunset drinks on the terrace of Attiki, with plans to hire moped for tour around the island tomorrow, weather permitting. 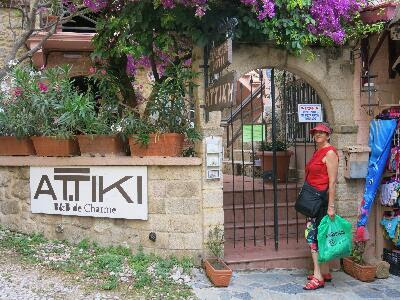 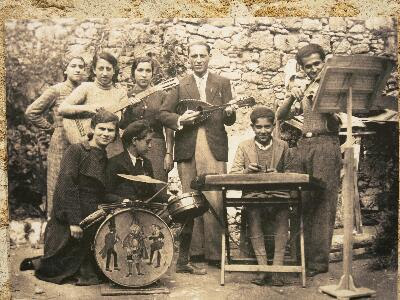 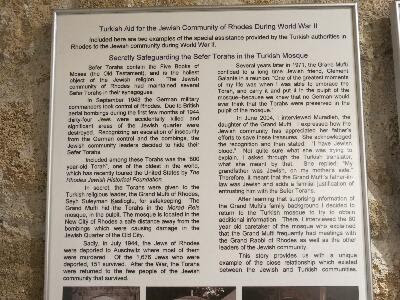 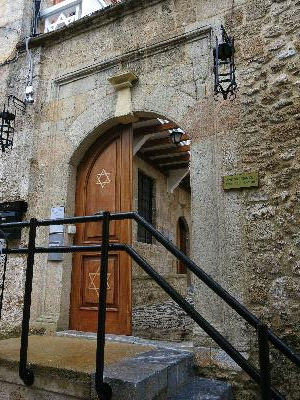 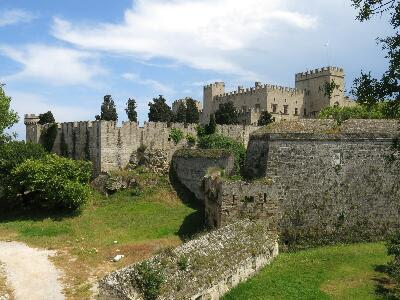 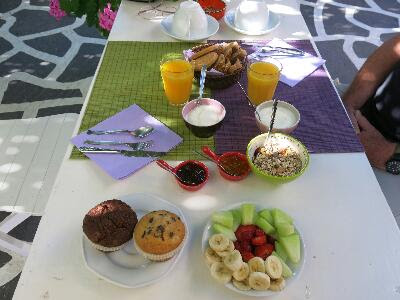 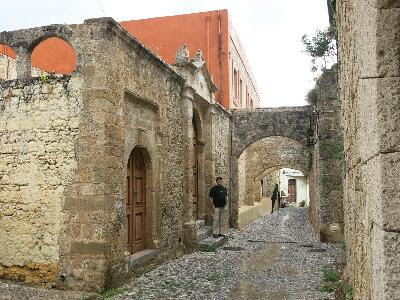 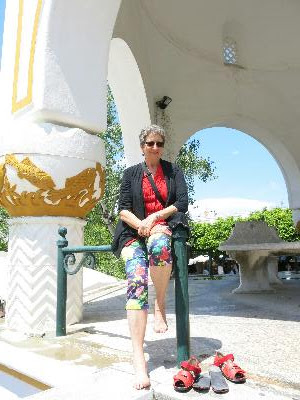 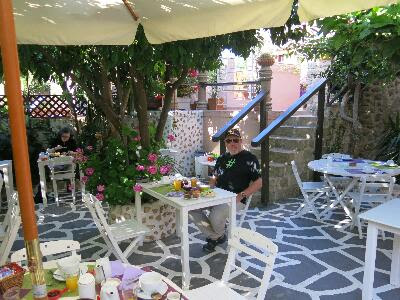 Posted by DrParnassus at 3:43 AM