Denmark to Albany via Torndirrup NP


Despite Marco & I killing a bottle of local red between the two of us, we were all up and about by 6:30. A comfortable night was had by all. Breakfast treat of French Toast with Maple syrup. I'd arranged to meet up with a friend of my brother's (Richard) who lives in Denmark. So once the bikes were packed we were off to the Black Duck Café for another coffee. Marco & Ursala were keen to press on to Albany to sort out some banking, while I stayed behind to view Richard's new building block. A lovely bush block set high up in the hills behind Denmark with views down across Wilson Inlet to the coast.

Back to the Black Duck Café to pick up my bike, and set off in pursuit of M & U. Took the lower (coastal) road to Albany, detouring to Torndirrup NP to view the granite rocks of the Gap & The Bridge. I've visited Torndirrup NP twice before, but the coast here never ceases to amaze. A great spot to marvel at the power of nature. 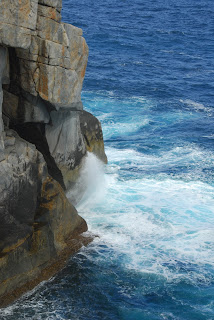 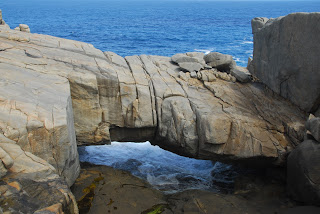 Back into Albany and up to the ANZAC memorial on Mt Clarence with is spectacular views over Albany harbour and across King George Sound to Torndirrup NP. 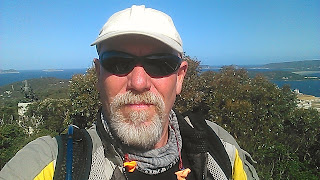 Caught up with M & U for afternoon coffee before they headed off in the direction of Esperance.

I'm staying in Albany tonight as I need to replace my rear tyre before heading east. It's done about 9000 km since I put it on in Mt Isa. It probably has a few more km in it, but given my experience with how quickly the last tyre wore out doing high speed straight line touring in Queensland, I'm reluctant to set out across the Nullarbor on anything less than perfect rubber.

Hopefully should be done by 11:00am after which I'll set off once again chasing M & U. I should catch them in Esperance. 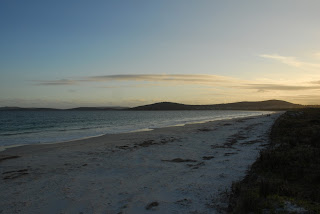