So Marco & Ursala have returned to NZ. They have already booked their return tickets - this time directly from Wellington to Canberra on the Singapore Airlines Wellington - Canberra - Singapore flight.

Their recently acquired bikes are safely stored in a neighbours garage. The F700 had a service and some minor repairs after it threw a chain on the way back from Victoria on the back road from Tumut to Wee Jasper. 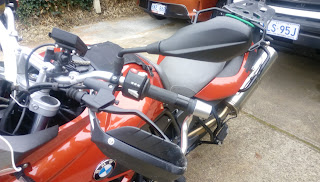 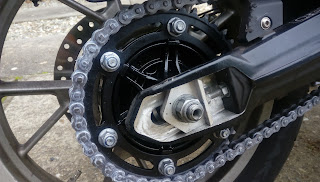 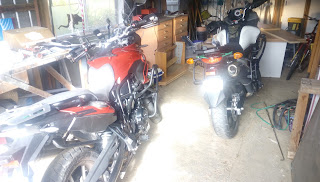 I have started checking though my camping gear, making sure all the necessary bits and pieces are ready for the trip. 1 new acquisition - a lightweight camp cot. Should make sleeping more comfortable - especially on those rocky outback roadside camp sites. 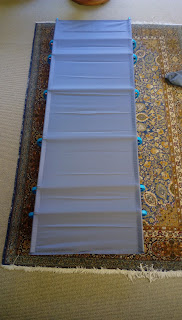 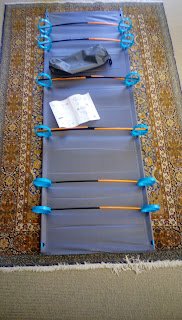 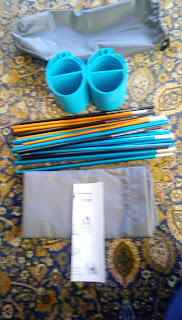 The countdown has begun.....

Posted by DrParnassus at 4:25 PM No comments:

So, in the course of less than a week - after a flurry of email exchanges between NZ & OZ - a new adventure has been initiated!

Sometime early in July - actual departure date to be confirmed - the BUMs "Traveling North" Tour of 2017 will kick off. The general idea is to head northwards to Queensland, west to the NT & then down through the centre, following the good weather & warmth. Hopefully revisiting some of our favorite places in Queensland from the BUMs 2012 Round OZ tour, as well as exploring areas we missed out on. Actual duration to be determined by circumstance, but at least a couple of months on the road. Yipee!

M & U arrived on Monday to sort out bikes for the trip. 2 suitable mounts had been previously located on Gumtree - an F700GS here in Canberra + a V-Strom down in Kyabram Victoria. In short order deposits were lodged and deals made.

Tuesday morning we picked up the F700GS, transferred registration, procured insurance and had fitted various essential farkles ordered by M before departing NZ and delivered to Chaos Manor.

On Wednesday (after a short delay while the last essential farkle - a touring windscreen - was located & fitted), M & U headed down to Kyabram 2-up on the F700 to collect the V-Strom. Apart from figuring out that the strange warning messages that appeared on the F700's console were caused by the fitted tyre pressure gauges detecting that tyre pressures were less than ideal, the trip was by all accounts uneventful if a little "fresh". Last report - as of midday Thursday - was that the V-Strom deal had been completed. The bike was a good 'un, running smoothly with some useful farkles & that U & M were heading down to Melbourne to catch up with family & friends.

After M & U return from Melbourne, final farkles will be fitted before both bikes go into storage until departure date. M & U will fly back to NZ sometime next week & I will have a month to sort out my bike/gear & other matters that need to be sorted before "D" day.

Posted by DrParnassus at 2:41 PM No comments: