And so – the final chapter. I've been home (almost) a week now, and reluctant to finish off this blog. Uploading this final installment draws a line in the sand and forces me to admit that this great adventure is finally over.

I spent 5 days in Melbourne – staying with L and H and catching up with G. It was good to spend some quality time with family again. 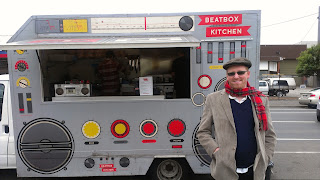 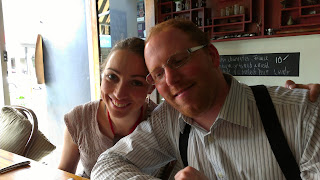 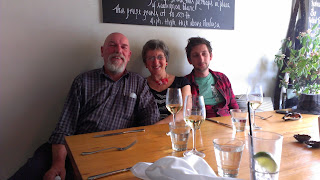 Celeste flew down to Melbourne for Sat/Sun and we had a great family meal on Sunday to celebrate all the birthdays that had occurred while I was on the road.

After lunch on Sunday, Celeste flew back to Canberra and after bidding farewell to the rest of the family I set out for the Dandenongs to spend the afternoon with old friends. A pleasant Sunday afternoon ride up into the Dandenong hills.

After great evening with F and M and despite the temptation to linger longer, in the  morning I set off to follow a winding route back towards Canberra. There were plenty of bikes on the road – it being the Melbourne Cup weekend – as well as a strong presence of Mr Plod.
The plan was to wind my way through Healesville and Mansfield towards Myrtleford and the Alps and find somewhere in the Snowies to camp for my final night on the road. Two things intervened to prevent this.
1st of all I'd failed to take into account that most sensible Melbournians take to the hills over the Melbourne Cup weekend, leaving Melbourne to the toffs and the lager louts. The roads were busy – LOTS of motorcyclists, and others who were taking advantage of the de-facto long weekend in Victoria. The riding was pleasant enough and I avoided the main roads as much as possible.
Secondly, the weather was turning. The forecast was not looking good, with wet weather predicted in all directions. Throughout the afternoon I encountered patches of light drizzle – not enough to spoil the ride, but a possible sign of things to come.

I reached Corryong – passing a VERY full Lake Hume - at 4pm, refueled and headed up to the Snowies. Between Corryong and Khancoban I passed scores of motorcyclists heading the other way. Looked like there'd been some sort of rally or ride through the Snowies over the weekend, and everybody was heading back south. 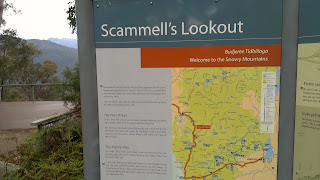 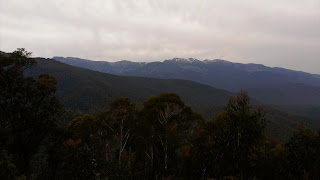 Although the weather was grey, overcast and threatening, the riding was great and I was reminded how fantastic the Alps are and what great motorcycling routes they offer. I pulled over at Tom Groggin and thought seriously about stopping for the night. In the end the weather and the thought of getting home to my own bed were enough to convince me to carry on. So up and over Dead Horse Gap to Thredbo and Jindabyne. One final stop for coffee and to call home then on into the gathering dusk.

The stretch from Cooma to Canberra was made more difficult by the presence of millions of insects. I was forced to stop at Bredbo to wash and clean my visor which was covered in insect pulp – seriously limiting visibility.

Finally – home at 9:30pm after the longest day of the whole trip. Almost 750km! The reward was being able to fall asleep in my own bed after 16 weeks on the road – magic!

Postscript:
22,000 km in 16 weeks. Over 2000 photographs and a gazillion new experiences.
I've been home for almost a week. For the first few days I felt 'discombobulated' in the extreme. Being back home felt surreal and I felt out of sync with what was going on around me. No doubt reality will set in – especially once I return to work tomorrow. However there is a clear solution to my discomfort – I need to start planning the next trip ASAP!
Posted by DrParnassus at 10:46 PM 1 comment:

So - up and off to Port Campbell for breakfast with Jon. 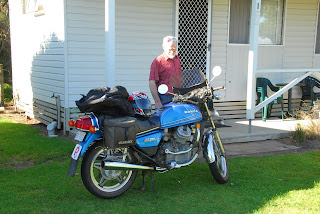 Found a cafe with excellent service, good coffee and a tasty breakfast of scrambled eggs, on toast with mushrooms and tomato. (licks lips!)

We were still passing riders returning from Phillip Island and the Moo GP. Like us enjoying a fine days riding along the GOR. 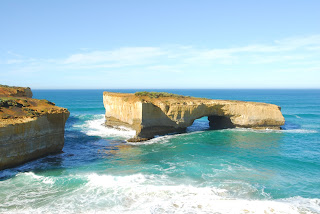 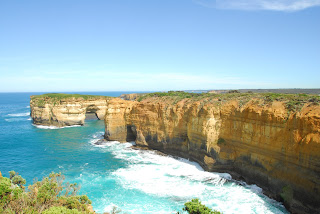 Stopped at a couple of the tourist lookout spots along the way. More spectacular cliffs etc. This stretch of coastline is eroding at a rapid rate, with changes noticeable over the years. London Bridge in particular had experienced a massive collapse since I had last been here. Even the fabled 12 Apostles are being rapidly altered.

On towards Cape Otway - thankfully with most of the traffic heading in the opposite direction. This is truly one of the great motorcycling routes in the world. Detoured down to Johanna Beach - off the tourist route and deserted. Apparently it is used as an alternative beach to Bells for surfing competitions

Headed down to Cape Otway, dodging tourist vehicles that had stopped in the middle of the road on a blind bend to look at koala bears. Interesting area of eucalyptus die-back, with lots of dead and dying trees. Makes spotting the koalas easier! 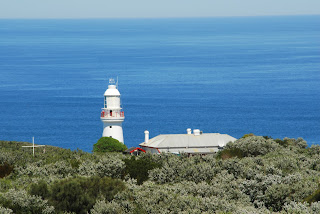 Again at the Cape Otway lighthouse we are confronted with privitisation gone mad. Access to the lighthouse precinct is only possible by passing through the gift shop and forking out $18.50 per person. Jon & I declined, made our opinion known to the staff, and logged our objections in the visitors book. We were not the only people objecting - there were a number of others who - like us - just wanted to visit the cape and surrounds. They could keep their 'tour' of the lighthouse and 'museum'.

Back on the main road and after stopping in Apollo Bay for lunch and coffee, the final stretch of the GOR to Torquay. Another great ride.

The last stretch into Melbourne bypassing Geelong on the M1 Freeway was a depressing reminder of city traffic. Said goodbye to Jon at Jessie Street before head to L & H's flat on the other side of Coburg.

A few days of R & R here in Melbourne with family & friends before the home run to Canberra. If the weather is OK, I plan to take a route through the Snowy Mountains and have at least 1 last night under the stars......
Posted by DrParnassus at 1:08 PM 1 comment: