Troy Pergamum and beyond

Today was (if you'll pardon the pun) a marathon. 8 hours driving and at least 3 hours walking around Troy and Pergamum.
6:45 awake and pack for our 7:15 pick up.
Collect picnic breakfast hamper from Erik the Belgian - our host at Gallipoli Houses. Our driver turns out to be TJ - the extremely entrepreneurial owner of TJ's Tours in Eceabat on the Gallipoli peninsula . TJ is a dual Turkish Australian citizen, with a finger in many pies, including a Turkish restaurant in Corowa on the Murray River currently managed by his Australian wife.
Turns out TJ had been forced to do our pickup himself because his driver was 10 minutes late for work. TJ drives us to the ferry across the Dardanelles, to Canakkale on the Asian side of the straits. There we pick up the rest of our tour group and guide for Troy - about 30 minutes down the coast.
2 hours wandering around the site, learning all about it's discovery/looting by an obsessive German businessman in the late 1800's
Although he correctly proved that Troy was more than just a myth, he did a lot of damage to the site as he was not an archeologist, but really just after treasure and fame.
Troy has at least 9 distinct eras, reflected in different layers going all the way down to about 3000 BC. The Troy we know from Homer is Troy VI/VII - about 1500 BC. Apparently Troy's wealth originated from a time when ships sailing north along the Aegean coast and through the Dardanelles encountered strong winds from the north and were unable to proceed, as they had not yet developed the sailing technology or techniques to sail upwind. Forced to wait for more favourable winds, they would wait at Troy. According to this theory, Troy rapidly declined after sailors mastered the science of sailing upwind.
After lunch at a local restaurant, we said goodbye to TJ and our guide and boarded a smaller bus for Pergamon - the second tour of the day and about 3.5 hours drive further south and inland from the coast through varied country side. The last hour was spent winding through the mountains, which were covered with what looked like cypress pines. In the fertile valleys, lots of olive groves, fruit orchards, vegetable plots and fields of grain.
Approaching through a narrow valley, we glimpse our first sight of Pergamum acropolis - high on top of an isolated mountain - an ideal position from which to dominate the valley and surrounding countryside. Much younger than Troy, Pergamum dates back to only about 300BC. Over it's history it has been controlled by Alexander the Great and was handed over to the Romans in 129 BC. It was also where Galen - the founder of what we now call the science of medicine  - was born in 131 AD and whose medical texts were used up until the 1500's
A quick (1.5 hour) tour hardly did it justice, but we had another 3 hour drive to our destination, and our base for the next 2 nights - Kusadasi - the 'official' gateway to Ephesus (the best preserved classical city in the eastern Mediterranean & possibly Europe) and  a prime destination for cruise ships. We are staying on the waterfront with what looks like a prime view over the bay. Morning will tell.
No dinner tonight - but we did finish off our Gallipoli House Breakfast Hamper!
Tomorrow - Ephesus! 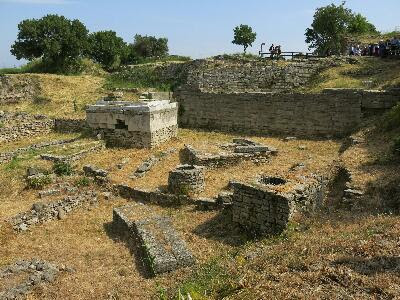 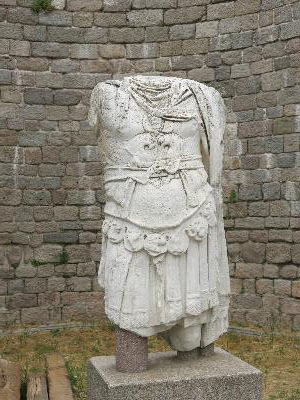 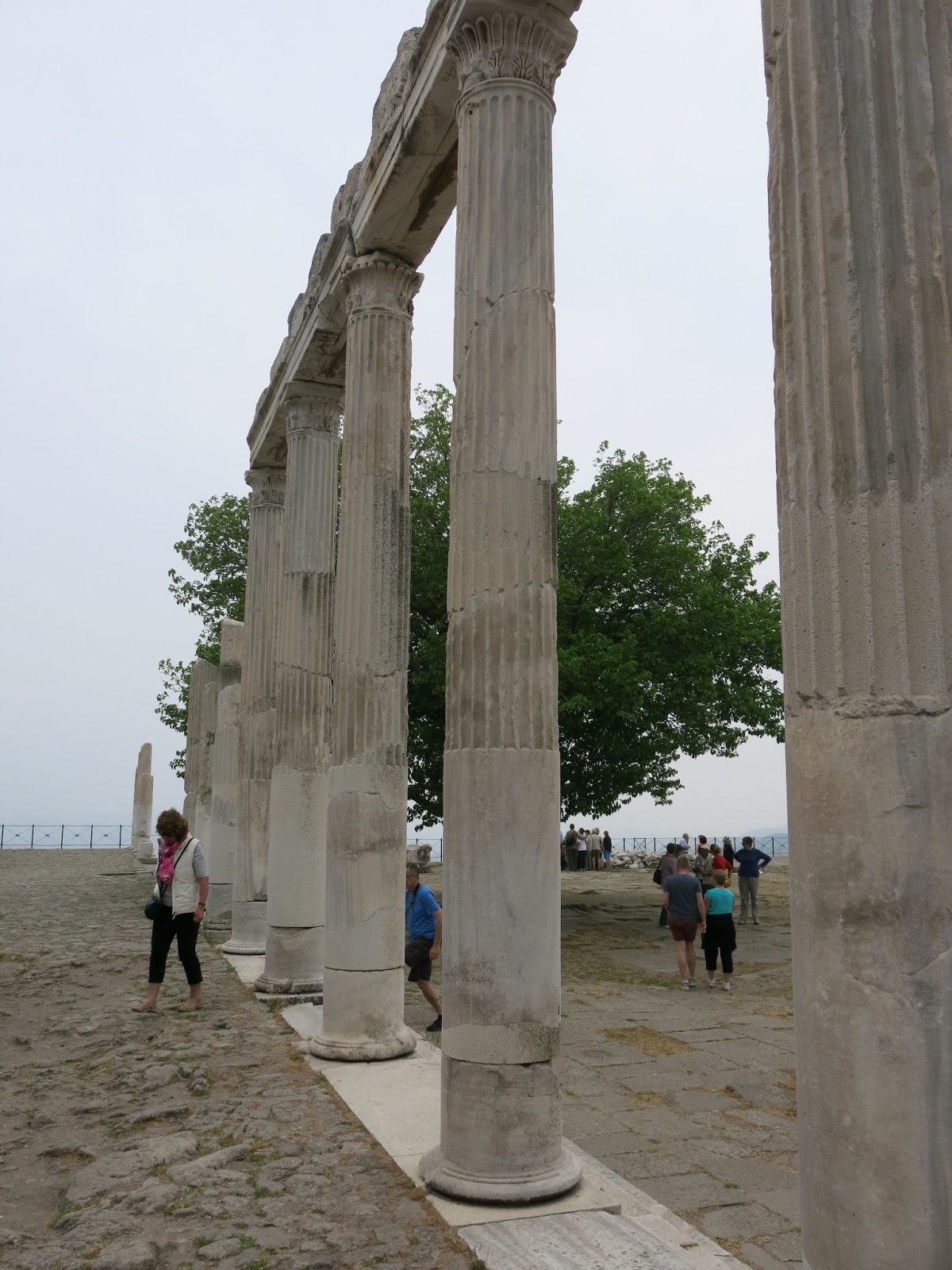 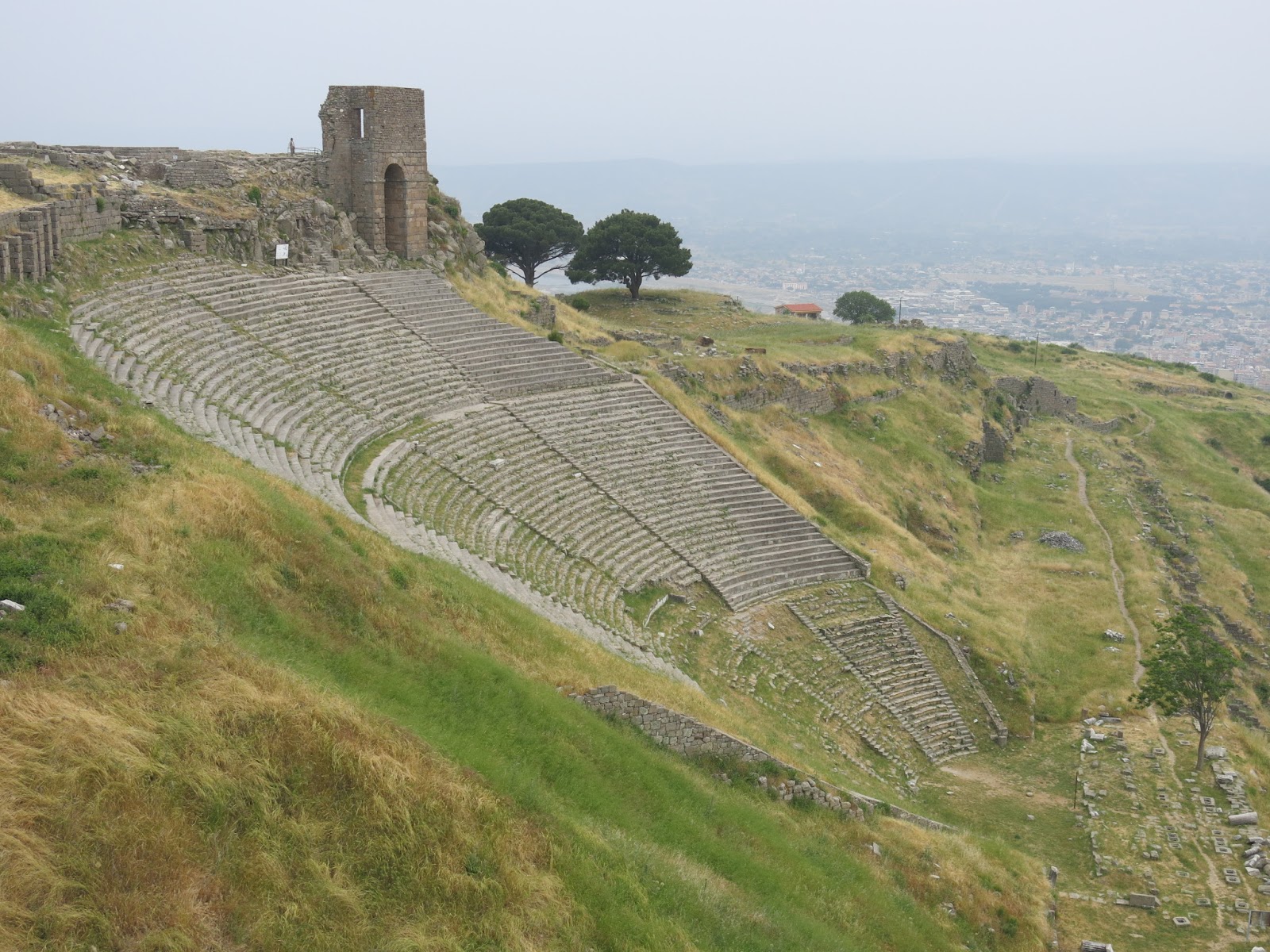 Posted by DrParnassus at 4:44 AM