Carnarvon Gorge to Redbank Campground Jericho on the Jordan River

A day of driving.
Up quite early but a pre-breakfast walk up to the Takarakka lookout delayed departure. Still the early morning light on the yellow sandstone cliffs at the mouth of the gorge made it worthwhile! 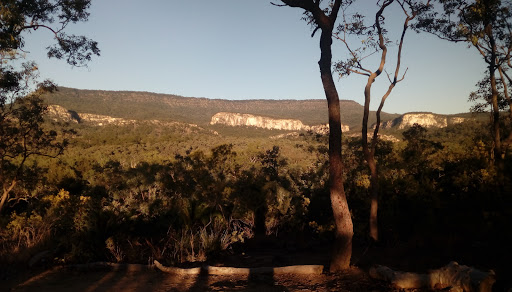 9:30 by the time we hit the road. Slow 30km back to the highway due to roadworks, straying cattle and slow grey nomads in a Winnebego towing a small SUV on narrow roads with no room to overtake. Still - no hurry, plenty of time.
Emerald for lunch at the Blah Blah Cafe. Excellent choice although apparently in this part of the world a Long Black means 500ml of strong Java in a large tall black mug. Still the food was good and the coffee acceptable despite the volume. 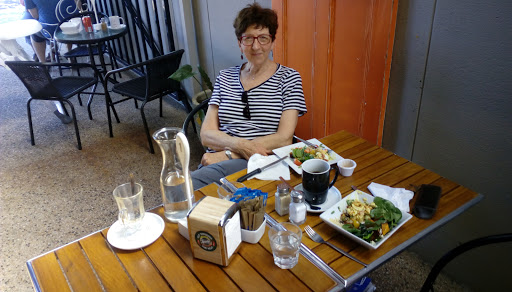 After lunch a brief stop at the Emerald Tourist Information Centre to view the giant copy of Vincent's Sunflowers. You can read the background in the accompanying photo. 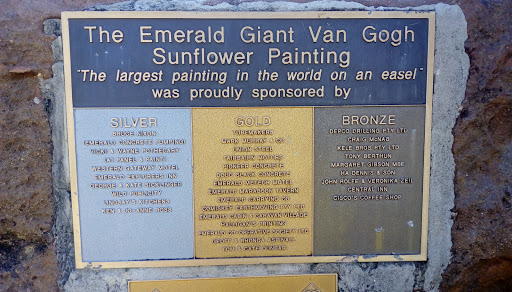 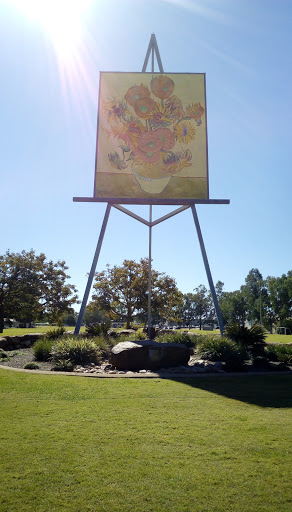 The easel is alone 30 meters high.
Also a metal dragon graced the approach to the Tourist Centre. 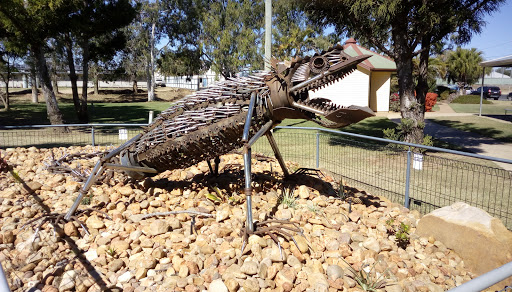 Onwards to Jericho, our planned stopover tonight. Another free camp next to the river. Here we encounter our 1st Japanese cyclist. Either taciturn, tired of stupid tourist questions or had poor English.
Asked where had come from he pointed west. Asked where he was going he pointed east. We bade him safe riding. 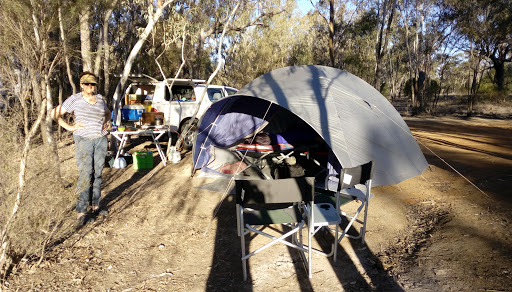 Mossies about tonight! Damn! Also we've discovered the mic on Celeste's phone has stopped working. Txt msgs only until it's fixed or she gets a new phone!
Small correction to previous blog WRT The Reject Shop mugs. The CFO has pointed out that the mugs were $2 EACH, not $2 for BOTH! I apologize for this gross exaggeration, but still believe we scored a bargain.
Tomorrow on to Longreach where we shall join the Grey Nomad throngs as they "ooh" and "aah" over the contents of the Qantas museum.

Posted by DrParnassus at 5:39 PM