Pemberton to Denmark via Windy Harbour in d'Entrecasteaux National Park


The weather had improved overnight. At least the sun was shining as we set off for Denmark, leaving behind our less than idyllic cabin. 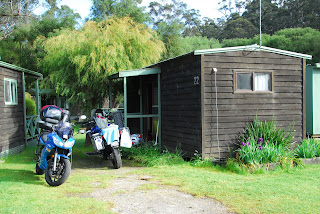 Over breakfast we agreed to head south for Windy Harbour in the d'Entrecasteaux National Park before continuing east to Denmark.

A great start to the day – the air was fresh after the rain and the forest was flushed with colour. After Northcliffe, the forest gave way to open malelueca and paperbark swamp. Windy Harbour lived up to its name. 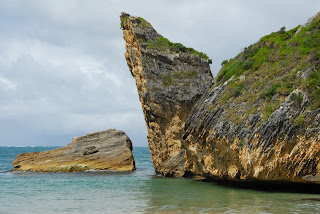 The scenic drive up to the top of Point d'Entrecasteaux provided spectacular 360 degree views, enhanced by the periodic squalls that swept in from the sea.

The point itself was limestone rock, with the cliff edge spectacularly eroded. 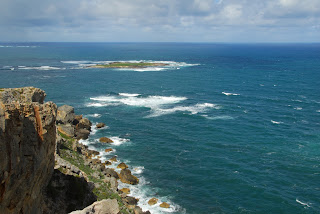 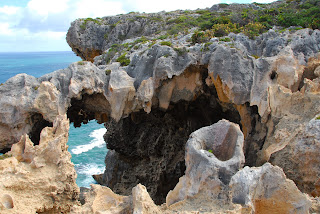 Back to Northcliffe for lunch and then on to Denmark enjoying the undulating winding road through some of the best forest scenery in Australia. The roads were quiet after the school holidays, but we did encounter a couple of showers that made life interesting. We rode past the Valley of Giants, but as it was getting late in the day decided not to stop and explore the aerial walkway.

In Denmark we stopped in at the visitors centre and having opted not to camp, ended up at Sundew Cottage – a mud brick 2 bedroom house where we indulged in a good bottle of wine and an excellent meal by way of celebrating 3 months on the road.

Posted by DrParnassus at 1:40 AM