A day tour round the SW

Today is my last day in Portpatrick. A day of relaxation. Tomorrow I head off up the highway back to Cupar to drop the bike before a last night in Edinburgh.

Yesterday I managed to clock up over 200 miles touring around the south west. I only had one specific destination I wanted to visit. The village of Lochmaben where my grandparents had run a pub for a couple of years during my childhood. I have good memories of times spent there. Holidays and a period of time when my mother had shipped myself and my brother off to her parents during the later stages of her third pregnancy. I don't remember how long we were there - but it was long enough to be enrolled in the local school. Only 80 miles from where we lived at the time, but I remember the difference in accents being so strong I felt I was in a different country.
First stop on the days tour was the Mull of Galloway - the most southerly point of Scotland. Mostly along secondary roads the ride was slow. An excellent view out towards Ireland in the west and south to the Isle Of  Man and England. Surprisingly for such a remote place, there was an excellent cafe with wall to ceiling glass looking out over the cliff towards Ireland. Coffee was above average as well! 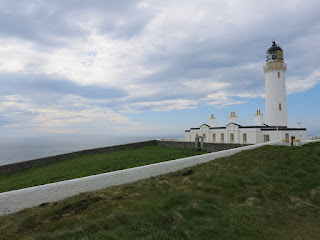 Backup through the rolling green hills and crossing the main Stranraer Dumfries highway I took the scenic route to Lochmaben via the Galloway Forest Park - an area covered in Sitka Spruce plantations. Although nowhere as rugged as the highlands - beautiful in it's own way.
Again travelling on secondary roads, the rate of travel was slow and I only reached Lochmaben after lunch. Visited the loch behind the Crown Hotel - the pub run by my grandparents. Where we used to play as kids is now a caravan park. Spoke to a couple of campers who were fishing the loch for Pike. Naturally they wanted to know where I was from and why I was in Lochmaben. They were suitably impressed when I told them the last time I'd been standing there was probably back in 1960/61 - the best part of 50 years before. 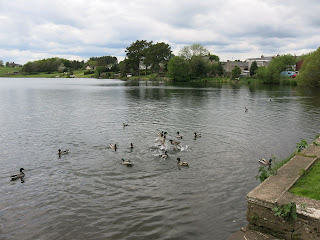 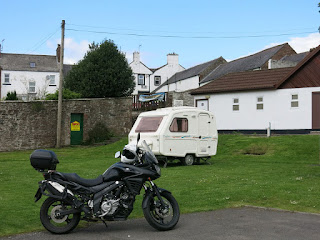 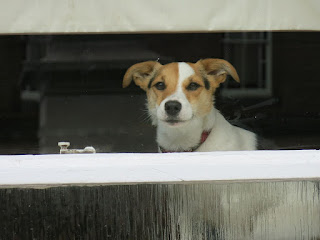 Into the Crown hotel for a commemorative half pint. When I told the young woman behind the bar the same story - she just said 'Oh aye?' and carried on cleaning glasses. After I'd finished my drink and had a look around the beer garden out the back overlooking the loch - (hard to know what my grandfather would have thought of the idea of a Scottish pub with a beer garden) - I said goodbye to the barmaid and said I'd see her in another 50 years. 'Not if I can help it!' she responded. 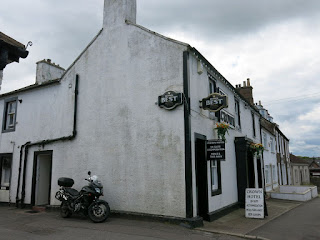 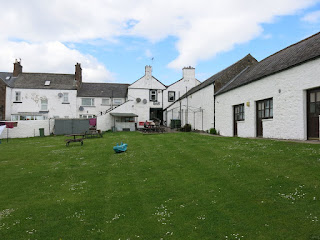 Wandered up the street and stopped in at Crolla's Cafe - I remember getting ice cream there as a kid. The two women behind the counter (sisters) were much more responsive to my story, claiming to remember my grandparents. As they were about my age, I'm not convinced - I think they were just being polite. In any case they made a good cheese and tomato roll and an excellent cup of tea. 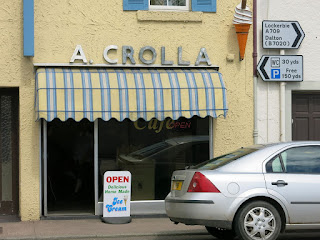 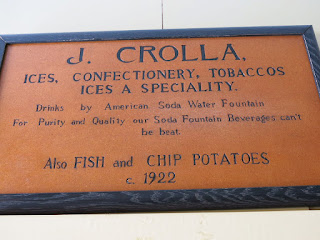 Leaving Lochmaben I retraced my route, bypassing Dumfries and heading back through the Galloway Forest Park. Continuing south I headed through an area called The Machars - an area of low lying or mainly level country - full of farms and rolling green hills demarcated with dry stone walls. At the southern point of this peninsula lies the Isle of Whihorn the home of St Ninians Chapel. Reputedly the first place in Scotland converted to Christianity. According to one of the locals at the Steampacket Hoterl - "Aye - an' it's been doonhill ever since!" 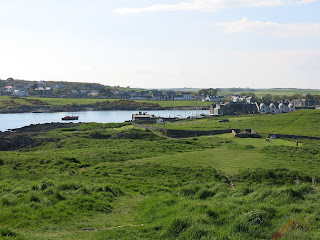 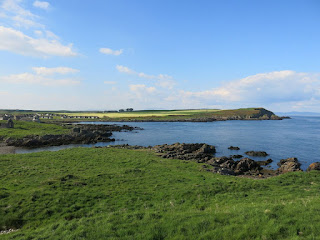 Returned back up the west of the peninsula along a perfect road with little traffic, with the sun warm on my left hand side as it started it's slow slide into the twilight. Back in Portpatrick by 7:00pm, time for a quick pint down at the Harbor Pub before doing some series catching up with this blog and sorting out photos
Today was much more leisurely - a slow chatty breakfast, then into Stranraer to visit family and help Janet & Campbell with the shopping. Back to their place for lunch and typing up this blog entry. Tonight I'm taking them to the local restaurant for dinner, by way of thanking them for their hospitality and generosity not only to me, but other family members who have passed through here over the years.
Tomorrow I will do a long fast run up the highway past Glasgow and Edinburgh back to Cupar to return the bike. Then a night in a hotel at the airport before flying back to Istanbul for a few days before the long flight back to OZ. Looking forward (of course) to being with Celeste again and catching up with Guy.